Skip navigation!
Story from Beauty
Photographed by Sarah Harry Isaacs
If there's anything that illustrates the open secret of skin bleaching in communities of colour, it’s the afro hair shop. Alongside aisles of shampoo, hair oils and extensions, you’ll almost certainly find creams promising fair skin. Occasionally they are tucked away behind the till but often they are stacked on the shelves in full view.
Dark-skinned women know the scourge of colourism all too well. Despite positive messages from my parents growing up, the Black women I was implicitly told were beautiful – whether in magazines or music videos – looked nothing like me. For many young Black women who came of age on social media, the messages were more explicit. In a recent piece for gal-dem, Tobi Kyeremateng wrote about the competitive degradation of dark-skinned Black women on Twitter and the negative impact it had. Likewise I’ve learned from Indian friends that, thanks to the caste system, skin tone and perceived social class are tightly interwoven; they have told me that it isn’t uncommon to be bullied by lighter-skinned classmates or warned by older relatives not to get dark in the sun.
Advertisement
“

Colourism is still rife but speaking to friends and other women of colour, many of us have begun to sense change. It seems skin lightening is gradually falling out of favour.

”
Perhaps it’s unsurprising, then, that for many years a significant number of dark-skinned Black and Asian women felt inclined to lighten their skin. In an article for The Guardian, body-positive influencer Stephanie Yeboah wrote about her "toxic love affair" with bleaching creams in her younger years; on YouTube you'll find dozens of videos in which women share similar experiences. But a shift is underway. Colourism is still rife but speaking to friends and other women of colour, many of us have begun to sense change. It seems skin lightening is gradually falling out of favour.
By now, the dangers of bleaching products are well documented and the risk of doing considerable damage to one’s skin is certainly a factor in putting people off. The main culprit in lightening creams is hydroquinone. Used safely by some dermatologists to treat pigmentation issues, it is often present in bleaching creams at unregulated and unsafe levels. Hydroquinone's adverse effects, which include potential long-term damage to vital organs, have led to a ban on traditional bleaching creams in the UK.
But in 2020 there is also a growing pride in dark skin, an outcome of the #melanin movement on social media. For Stephanie, scrolling through dark skin appreciation pages on Tumblr in the early 2010s, which have since evolved into positive Instagram accounts, was part of her journey towards self-love. "There’s such a strong Black presence online that is so strongly tied to our identity," she says. "There’s this reinforced sense of pride in our Blackness and it’s amazing to see." Among South Asian women, too, there have been social media campaigns such as 2016's #unfairandlovely, which sought to challenge colourism by flipping the name of a popular bleaching brand on its head, while makeup artists and influencers like Linasha Kotalawala and Karishma Leckraz are encouraging young Indian women to celebrate their darker skin.
Advertisement
“

For many dark-skinned women like myself, the aspiration today is not light skin but glowing skin.

”
These movements have coincided with the rise to fame of dark-skinned actresses like Jodie Turner-Smith, Lashana Lynch and KiKi Layne. Add to that models such as Anok Yai, Duckie Thot and Adut Akech, who between them have landed Vogue covers, walked for major fashion houses and starred in campaigns for the likes of Estée Lauder and L’Oréal. As trivial as it may sound, the importance of darker-skinned beauty icons for young women cannot be underestimated.
"If I’d had Jodie Turner-Smith and Duckie and all of these beautiful darker-skinned women in the limelight [growing up], it would’ve done wonders for my self-esteem," says Stephanie. "I would never have reached for the bleaching cream." For many Asian women, like my former flatmate Radhika, representation of dark-skinned Asian women is still some way behind, although she does point to models Nidhi Sunil and Radhika Nair as well as actress Maitreyi Ramakrishnan from Netflix’s Never Have I Ever as inspiration.
For many dark-skinned women like myself, the aspiration today is not light skin but glowing skin. Thanks to endless online resources and the emergence of ‘democratising’ beauty brands such as The Ordinary and Glossier, more of us are skincare literate and looking to take the best possible care of our skin, rather than burn it. After years of being led to believe the myth that dark skin doesn’t require SPF, there is increasing awareness of its importance in preventing sun damage and a growing number of dark skin-friendly ‘chemical’ formulas, which don't leave behind an ashy or white cast. It also helps that many makeup brands, buoyed by Fenty, have expanded their shade ranges, meaning we can now find foundation that enhances – rather than hides – our skin tone.
Advertisement 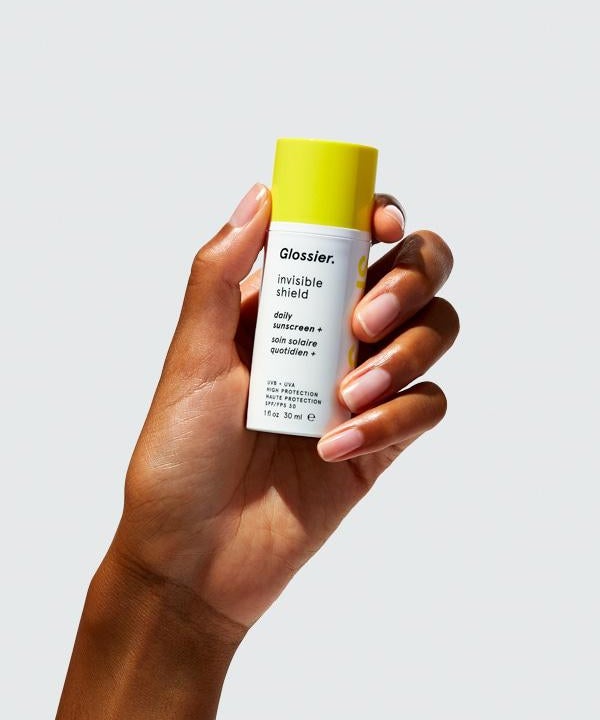 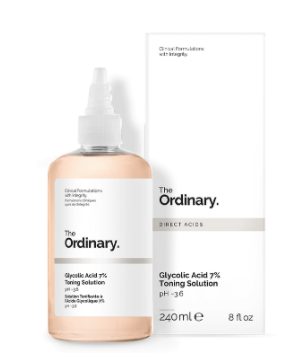 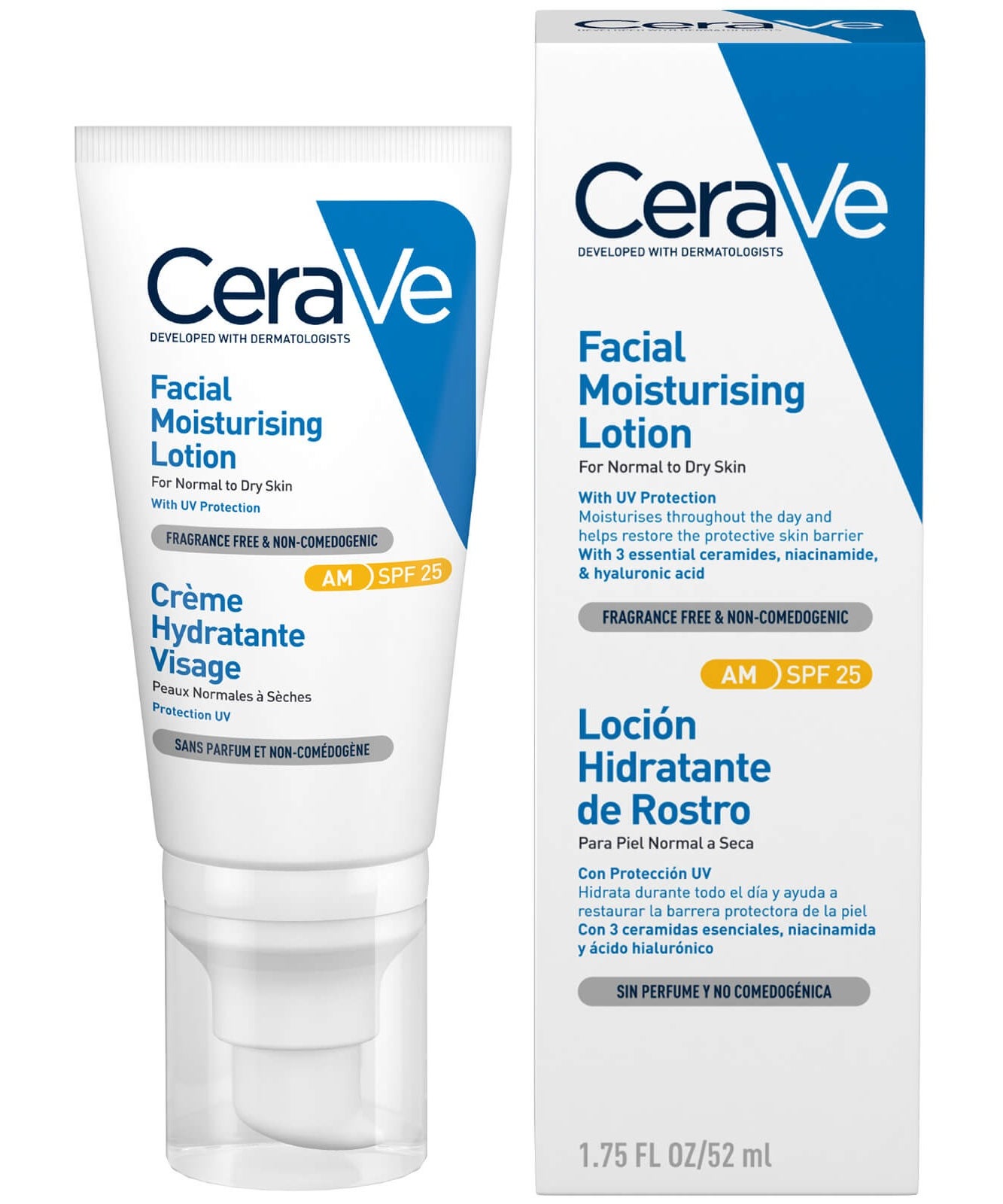 CeraVe
Facial Moisturising Lotion Spf 25
£13.00
LookFantastic
In the UK especially, change is underway. Skin expert Dija Ayodele’s Black Skin Directory highlights dermatologists and skin specialists who are well versed in dark skin. One such expert is Dr Ewoma Ukeleghe, founder of SKNDOCTOR, who offers a range of treatments for all ethnicities but whose clientele is 70% women of colour. A common concern among her clients is hyperpigmentation, with many seeking to target dark marks and even out their skin tone.
For a number of Black and Asian women, there is a worry about the repackaging of skin lightening as 'brightening' or 'evening', especially considering that many ingredients used to treat hyperpigmentation (such as glutathione, alpha arbutin and kojic acid) are often found in 'safe' bleaching products. However Dr Ewoma is vocal about skin bleaching on social media and is careful to survey clients who might be seeking to lighten their skin. "I think it’s all in the history," she tells me. "Have they got experience with lightening products? And does the way a patient perceives their pigmentation tie in with the way that I objectively perceive it?"
Dr Ewoma continues: "It is also about some of the finer language that people use." Examples might include: "When my skin tone is this colour, I’m gonna be beautiful," or "Ugh, I’m so dark." Chatting to my friend Mimi, a fellow dark-skinned woman and lover of exfoliating acids, vitamin C and other glow-enhancing products, we agree that in our case particularly, skincare is now about achieving a radiant complexion, like Lupita Nyong'o, rather than a different skin tone entirely.
Of course, the subliminal messaging which deems light skin more desirable remains, and a quick scan of the Black women who make it in the music industry reminds us that we have a long way to go. However if the 'heroin chic' trend of the '90s and the Kardashian era have taught us anything, it’s that beauty ideals are ever changing. Every time I see a woman with a skin tone close to mine in a fashion campaign or leading a film, I am hopeful that young dark-skinned women feel their beauty being reaffirmed. Alongside more candid conversations about colourism, increasing representation may help make skin lightening a thing of the past.
Beauty
I Dyed My “Mousy Brown” Hair Back To My Childhood Blonde
For some of us, looking back at baby pictures serves as an irritating reminder of the blonde hair we used to have that at some point darkened into a shade
by Megan Decker
Celebrity Beauty
Gigi Hadid Went “Ginger Red” — & She Looks Good
Long, glossy dirty-blonde hair has been Gigi Hadid’s signature look for a while now, so when she switches things up, we notice. The model and new mum
by aimee simeon
Beauty
Skincare Experts Say This Natural Ingredient Works Just Like Botox
We’re only three months into the year but from The Inkey List to Elemis, beauty brands have already spoiled us with heaps of skincare products contai
by Jacqueline Kilikita
Beauty
Lady Gaga Was Just Spotted With Her Darkest Hair In Years
Lady Gaga was photographed outside a hotel in Rome today sporting dark brown hair, a total 180 from her signature platinum blonde, which she had several we
by Sarah Midkiff
Beauty
I’m A Beauty Editor & This Is The One Hair Product I Always Recom...
From clever conditioning waters to bond-repair serums that rival Olaplex, the industry is bursting with innovative hair products which promise to stitch sp
by Jacqueline Kilikita
New Beauty Trends
5 Spring Hairstyle Trends That Will Become Zoom Go-Tos
by Megan Decker
Beauty
Glossier Just Launched The Makeup Bag Of Your Dreams
We may not have an imminent need for transporting our beauty goodies beyond our bathroom sinks, but that doesn’t mean we can’t give them a cute pla
by Karina Hoshikawa
Beauty
The Ordinary’s New Service Assembles Your Perfect Skin Rout...
From exfoliating acids to various vitamins, it’s increasingly difficult to navigate the multitude of skincare brands, products and ingredients out th
by Jacqueline Kilikita
Celebrity Beauty
Hailee Steinfeld’s Sexy Nude Manicure Is A Springtime Vibe
When you can’t decide what colour to paint your nails, a good nude is always a failsafe option. Sure, a polish that matches your skin tone is not goi
by Megan Decker
Fragrance
Hayley Kiyoko’s New Fragrance Is Gaydar In A Bottle
When I heard the news that Hayley Kiyoko was releasing a perfume, I said out loud to no one in particular, “Thank Lesbian Jesus! Somebody has finally
by Hannah Rimm
Beauty
Want Longer Eyelashes? Read This First
Like the hairs on the top of our head, the tiny lashes growing out of our eyelids follow a natural growth pattern, which means there’s no overnight f
by Megan Decker
Hair
4 Simple Tips For Growing Longer, Stronger Hair — Fast
Even if you’ve been kinder to your hair during lockdown, deliberately cutting back on heat styling during the work week, you may still be dealing wit
by Megan Decker