Skip navigation!
Story from Style
Photo: George Pimentel/WireImage.
Every December, as if it’s marked in our calendars next to Thanksgiving and Black Friday, the first North Face jacket — often a puffer, but sometimes a fleece — is spotted. Usually a celebrity wears one. (Last year, Kendall Jenner was photographed wearing a brown Nuptse puffer on a rainy day in New York City.) Soon after, the jacket is seen everywhere during Fashion Month, on off-duty models, street style photographers, and Instagram influencers alike. This continues until the warm days of spring, when the jacket usually disappears until November, and the cycle repeats itself. This year, however, we didn’t have to wait until the first day of winter for its debut. Instead, North Face’s stripe logo has been a constant throughout the latter half of the year. More than ever before, the North Face puffer jacket is inescapable.
Advertisement

Three months before the unofficial first day of North Face season, the San Francisco-based outdoors brand made headlines when it announced a collaborative collection with Gucci on TikTok. (How very 2020!) A month later, to Hailey Bieber and Bella Hadid’s delight, the long-awaited collab between MM6 Maison Margiela and North Face launched. Picked up by SSENSE, Shopbop, Farfetch, and more luxury retailers, the capsule, which included circular versions of North Face’s puffer and fleece vests, as well as elbow-length gloves and backpacks, was a hit.
“The collaboration was a cool mix of the performance-wear icon, The North Face, with a fresh, conceptual take in MM6’s signature circle shapes,” Stephanie Roberson, Shopbop’s General Merchandise Manager, tells Refinery29. According to Roberson, Shopbop customers want function but expect a “fashion element,” too, making the partnership between North Face and MM6 a “perfect balance.” Two months later, only one item remains in-stock at the retailer.
Maybe it’s due to the buzzy nature of the brand following both collaborations or the unpredictable weather this year, but North Face is seeing higher interest than usual. According to fashion search engine Lyst, in November, search for the brand’s puffer jackets was up 150% month-over-month. Demand for the Nuptse puffer alone grew 71%, making the jacket one of the most-viewed products from the brand on the site.
Photo: Raymond Hall/GC Images.
Photo: Robert Kamau/GC Images.
“Celebrities and designers are all seeing the value in heritage brands and are eager to support the comeback,” says Roberson. North Face has always been a fan of collaborations — in 2006, the brand entered into a long-term partnership with Japanese fashion label Junya Watanabe, only to partner with Supreme the next year. Still, never before had the brand partnered with a luxury name as universally known and revered as Gucci. The rising interest could also have something to do with models Emily Ratajkowski and Bella Hadid recently being photographed wearing Nuptse puffers of their own.
Advertisement
But while North Face jackets are seeing an increased interest from shoppers, 2020 is hardly the golden age for the company that’s been around since 1966. It reached the height of its popularity in the ‘90s. During this time, music videos (still on MTV) saw East Coast rap artists like LL Cool J and Method Man don North Face jackets. According to The Cut, the Nuptse jacket’s popularity among prep school kids throughout the decade also brought about a heyday for the brand in New York.
Still, given the year we’ve had, its takeover isn’t coincidental or seasonal. “Dipping into throwback trends and brands provides a certain nostalgic warmth and feeling of optimism,” Roberson says. “Given all of the challenges we’ve faced in 2020, it's no surprise that shoppers are eager to seek out comfort and familiarity in the form of old trends that are coming back.”
Photo: M. Caulfield/WireImage.
Photo: Arnaldo Magnani/Getty Images.
Growing up in the 2000s, I saw tabloid photos of Jennifer Aniston, The L Word’s Erin Daniels, Halle Berry, and more celebrities wearing their North Face jackets at Sundance or with UGGs during breaks in filming. Paris Hilton and Nicole Richie posed together wearing baby blue North Face coats at the film festival in 2004. Having grown up in a small, midwestern suburb of Chicago, the practicality of a North Face coat made them just as popular for dads on the weekend and moms before 8 a.m. (or vice versa).
Today, during a year where comfort trumps style, it’s no wonder that the puffy, cloud-like silhouette of a North Face jacket (and UGG boots, Croc clogs, and Birkenstock sandals, etc.) is skyrocketing again. Add in the ubiquity of North Face jackets come winter in a year where little is familiar, as well as the brand’s long-standing focus on quality, and you have a garment ripe for a boost in popularity.
Advertisement
Personally, the unknown is no longer exciting for me. Having worn my North Face jacket from the ages of 12 to 18, I’m in it for the comfort of knowing what you’re going to get — the sheer lack of surprise that comes with opening a package marked with the brand’s ever-present logo. I’ve experienced enough mystery in 2020 alone to last me a lifetime. I’ll take the familiarity of a North Face jacket any day.
At Refinery29, we’re here to help you navigate this overwhelming world of stuff. All of our market picks are independently selected and curated by the editorial team. If you buy something we link to on our site, Refinery29 may earn commission.
shop 4 products 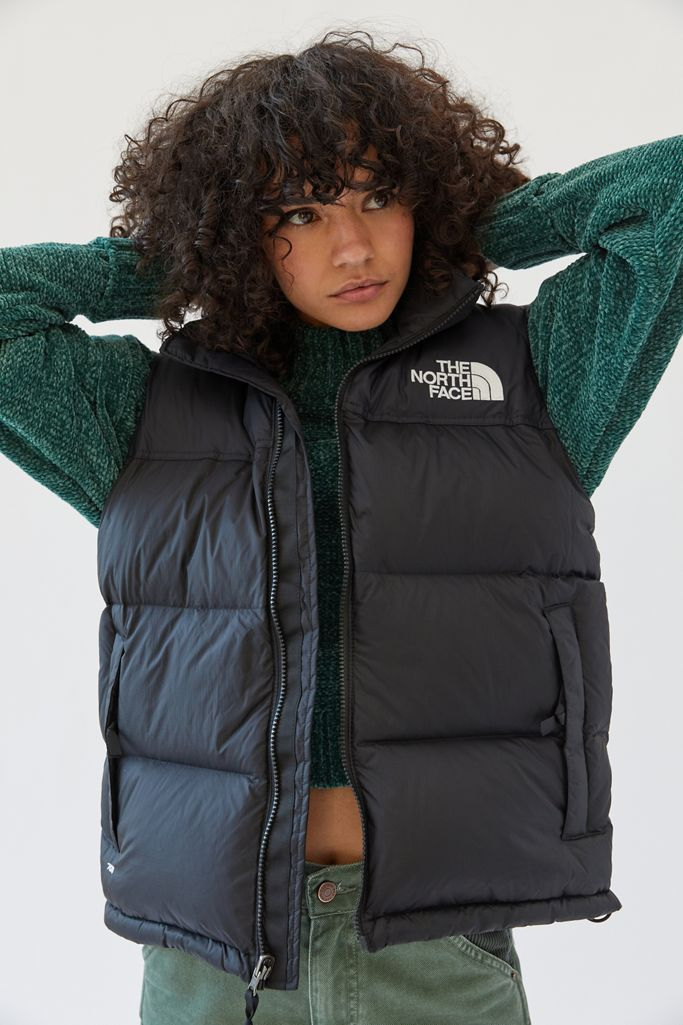 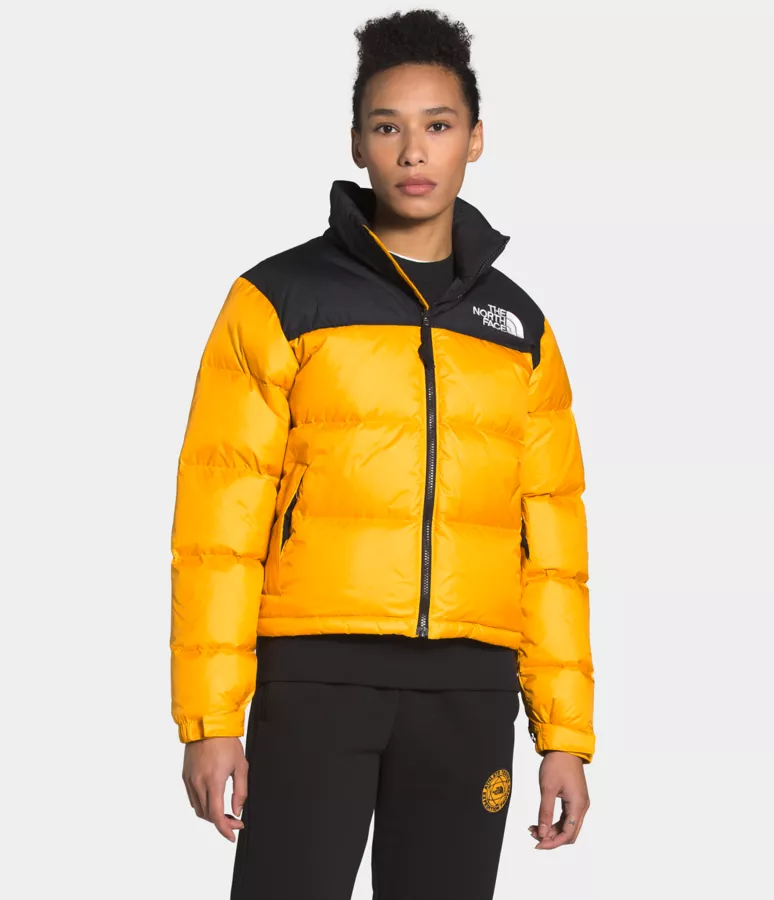 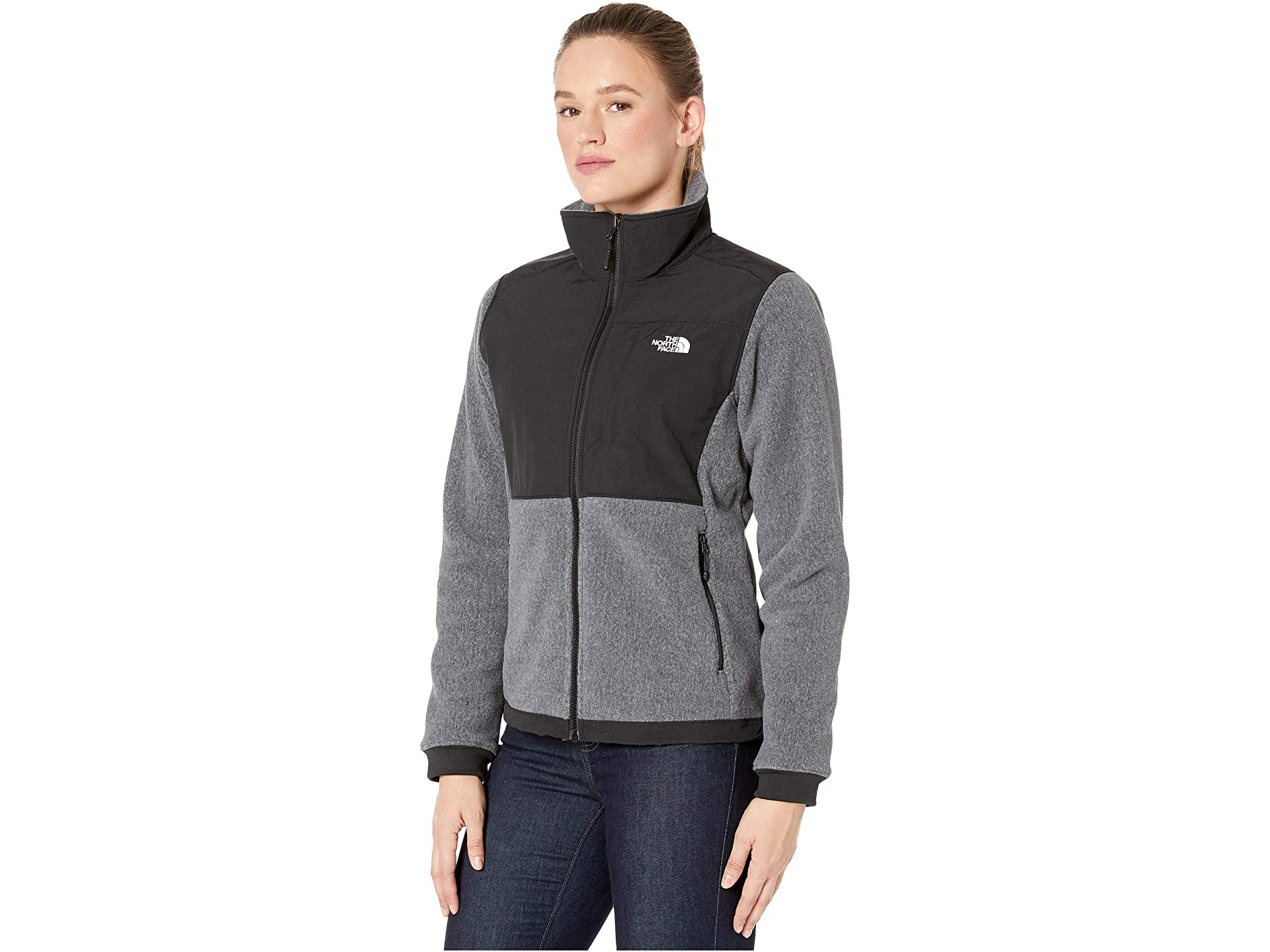 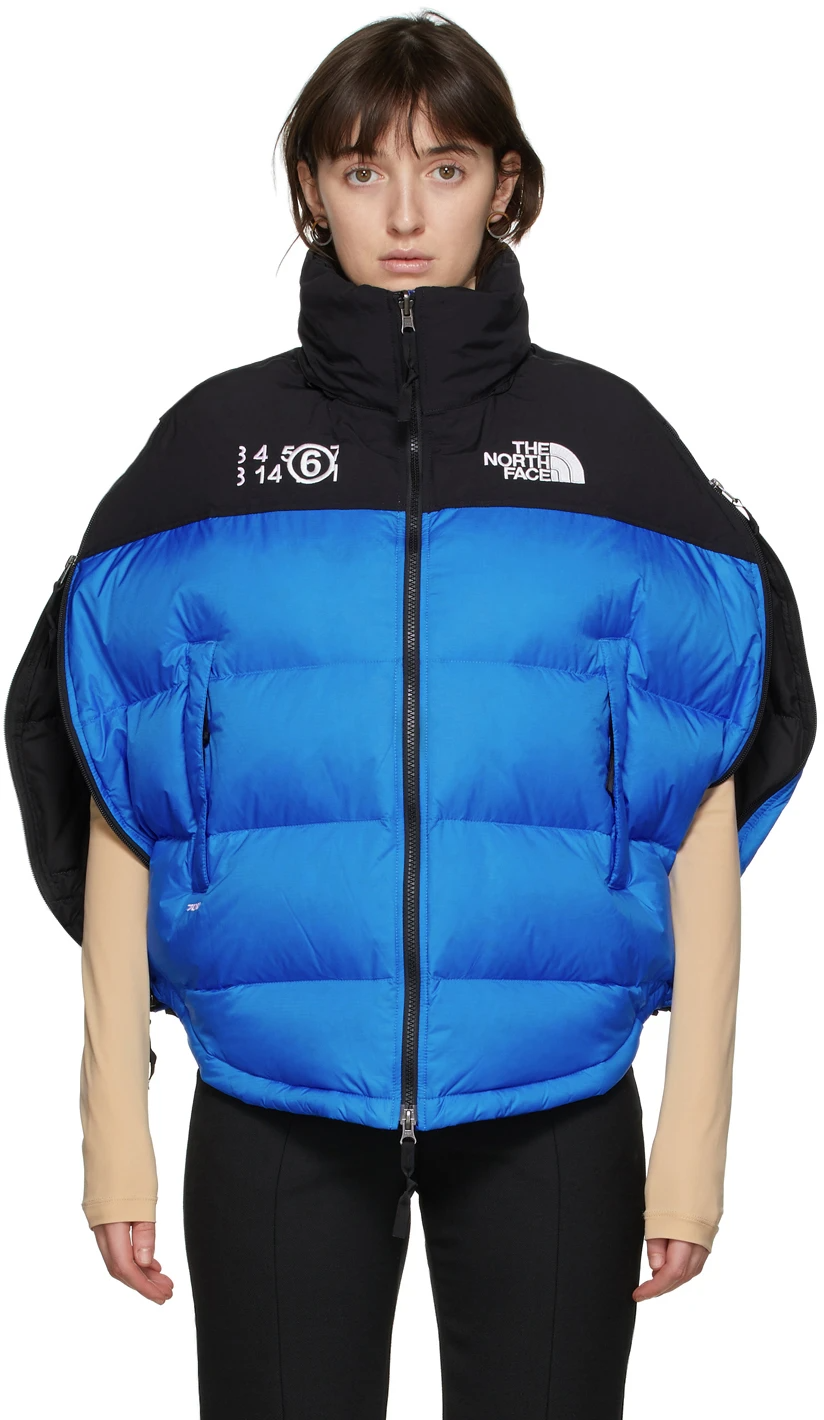 MM6 Maison Margiela x The North Face
Blue The North Face Edition Down Circle Ja...
$950.00
Fashion
The North Face x Gucci Collab Includes Winter’s Most Popula...
Update: The North Face x Gucci is now available to shop on Gucci.com. This story was originally published on December 23, 2020. After months of anticipatio
by Sarah Midkiff
Style
Zimmermann Apologized & Pulled Dress After Accusations Of Cultura...
On Tuesday, Australian womenswear brand Zimmermann announced on Twitter the release of its resort swim ‘21 collection. After revealing images of the line
by Eliza Huber
Style
Alexander Wang Denies Sexual Assault Allegations
On Monday, Alexander Wang released a statement on his personal Instagram page following allegations of sexual assault against the New York fashion designer
by Eliza Huber
Fashion
How The Nap Dress, Masks & Tie-Dye Helped These Fashion Brands Th...
“When the pandemic hit, my first thought was, I’m in trouble. I had $250,000 worth of inventory that nobody wanted,” says Sabrina Zohar, the founder
by Irina Grechko
Fashion
In 2020 Fashion Became Existential — Here’s Why That’s A Go...
2020 has been a devastating year — more than 1.7 million people have died from COVID-19, millions are out of work and struggling to pay their bills, and,
by Laura Pitcher
Style
Christian Siriano Is Upcycling Never-Before-Seen Designs For His ...
In 2019, logos were ubiquitous, with Fendi’s Zucca print being named Lyst’s logo of the year and Off-White — known for its use of its stripe, X, and
by Eliza Huber
Style
The North Face Jacket That We Can’t Seem To Quit
Every December, as if it’s marked in our calendars next to Thanksgiving and Black Friday, the first North Face jacket — often a puffer, but sometimes a
by Eliza Huber
Style
Secure The Winter Version Of Telfar’s Coveted Shopping Bag Before...
Update: The 24-hour Telfar x UGG pre-order event is now live on Shop.Telfar.net. This story was originally published on November 24, 2020. On Tuesday, Broo
by Eliza Huber
Designers
GucciFest Has Harry Styles, But Its Spotlight On Emerging Designe...
In May, amidst lockdown orders as a result of the pandemic, Gucci’s creative director, Alessandro Michele, announced that the brand would reduce the numb
by Irina Grechko
Style
Uniqlo’s Coolest Designer Collab Is Back After 10 Years
Update: +J Uniqlo is now available on Uniqlo.com. This story was originally published on October 28, 2020. Uniqlo has knocked it out of the park once again
by Georgia Murray
Style
60 Black-Owned Brands To Shop From This Holiday Season
by Eliza Huber
Style
Why These Designer Face Masks Are A Must In Every Fall Wardrobe
New York Governor Andrew Cuomo has been a constant presence in all Americans’ lives over the past eight months, even if you don’t reside in the state.
by Eliza Huber
Discover
R29 Stories & News
Watch
R29 Original Series & Films
Shop
R29's Most Wanted