Skip navigation!
Story from Style
Photo: Rachel Murray/WireImage.
Though Euphoria Season 2 won’t air until late 2021 or early 2022, one of the show’s stars is making sure to keep the HBO drama at the forefront of our minds. On Thursday, Barbie Ferreira, who plays Kat on the show, was spotted in Los Angeles wearing the perfect springtime ensemble: baggy, white jeans and a billowy, mint-green blouse. The addition that gave us major Euphoria vibes? A pair of neon green sandals that appear borrowed from the set of the show.
Just like Kat, Ferreira likes to take risks with her style. Heidi Bivens, the costume designer for Euphoria, told Refinery29 in 2019 that Ferreira — as well as Hunter Schafer, who plays Jules, and Alexa Demie, who plays Maddy — often collaborated with her on her character’s style: “They would DM me ideas and text me ideas pretty consistently, so we had a really nice back and forth collaboration.” According to Bivens, Ferreira would often send her brands and silhouettes that she thought would be fun for Kat to explore. Naturally, then, Ferreira’s fashion would mimic the style of her character, who has a penchant for bold looks.
Advertisement
Photo: Rachel Murray/WireImage.
Ferreira’s look is by H&M, a brand the actress and model often collaborates with. While the black handbag is from the sold-out H&M x Simone Rocha collab, the double-waist, wide-leg jeans and eye-catching footwear are courtesy of the Swedish fashion retailer’s just-announced Innovation Science Story. The ‘90s-inspired collection, which launches on April 8, includes materials made from food waste like Agraloop™ and Biofibre™, as well as other sustainably sourced materials.
While we wait for both Ferreira’s picks and Euphoria Season 2 to arrive, shop a few of our favorite neon sandals, below.
At Refinery29, we’re here to help you navigate this overwhelming world of stuff. All of our market picks are independently selected and curated by the editorial team. If you buy something we link to on our site, Refinery29 may earn commission.
shop 5 products 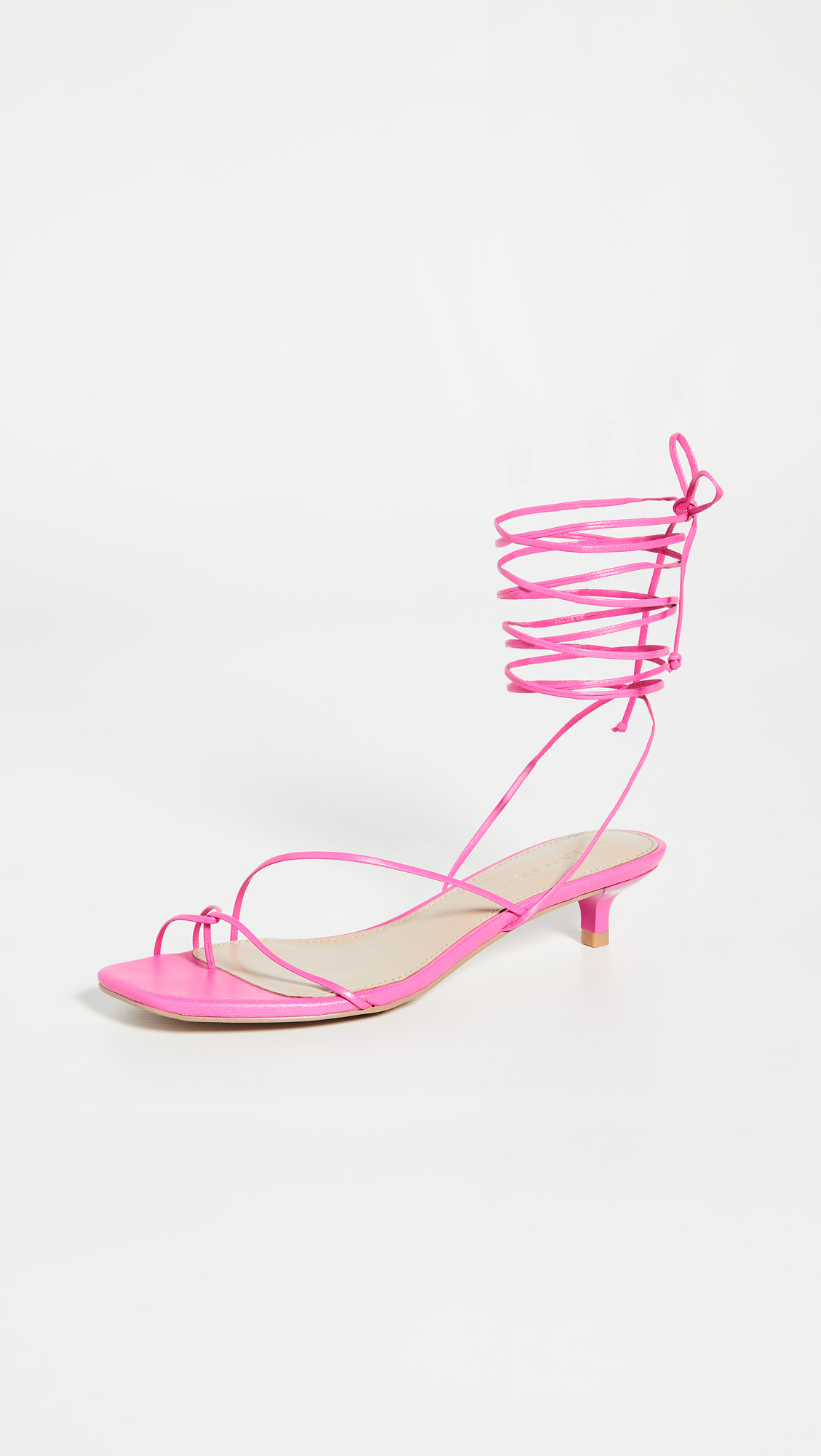 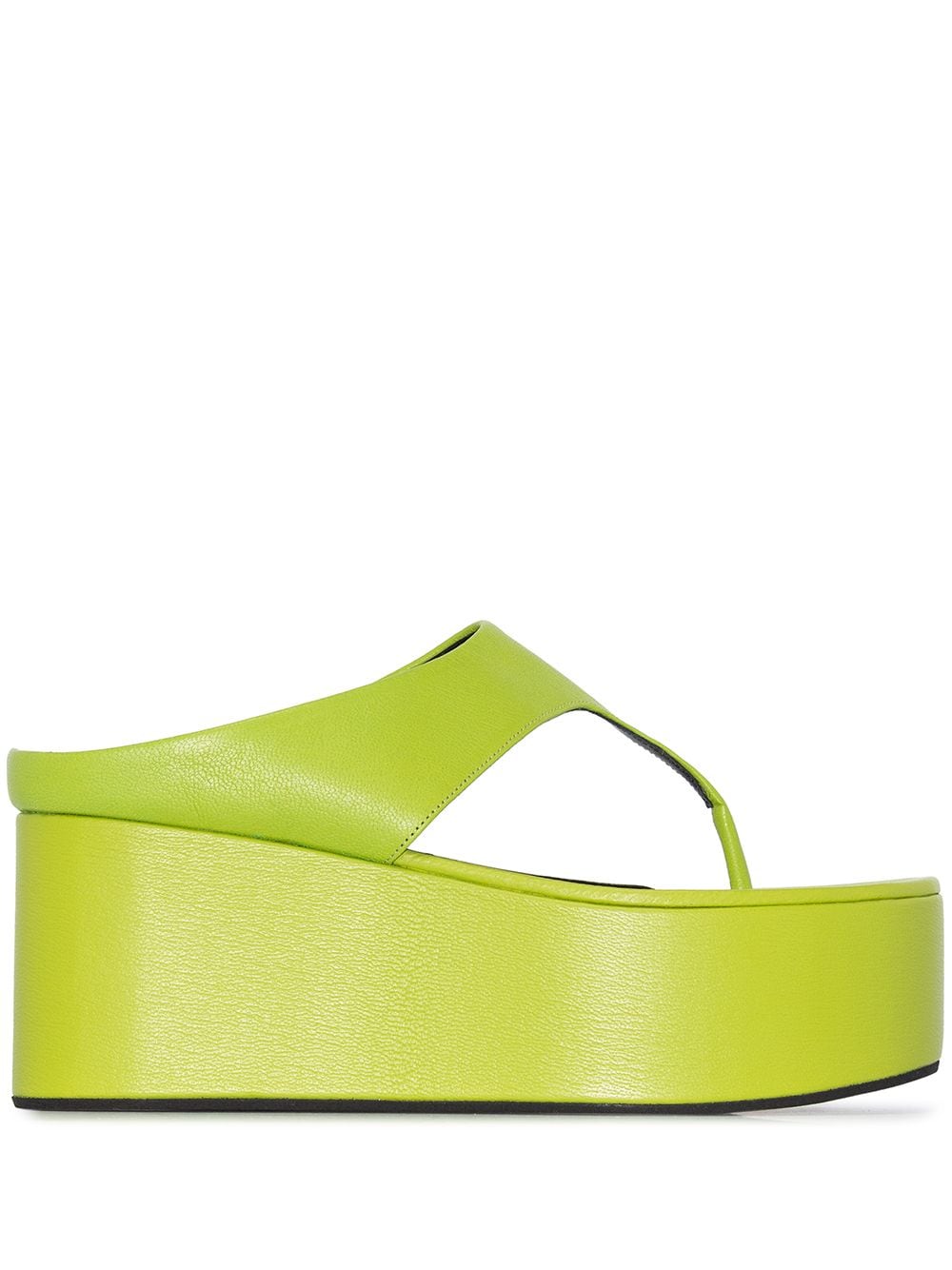 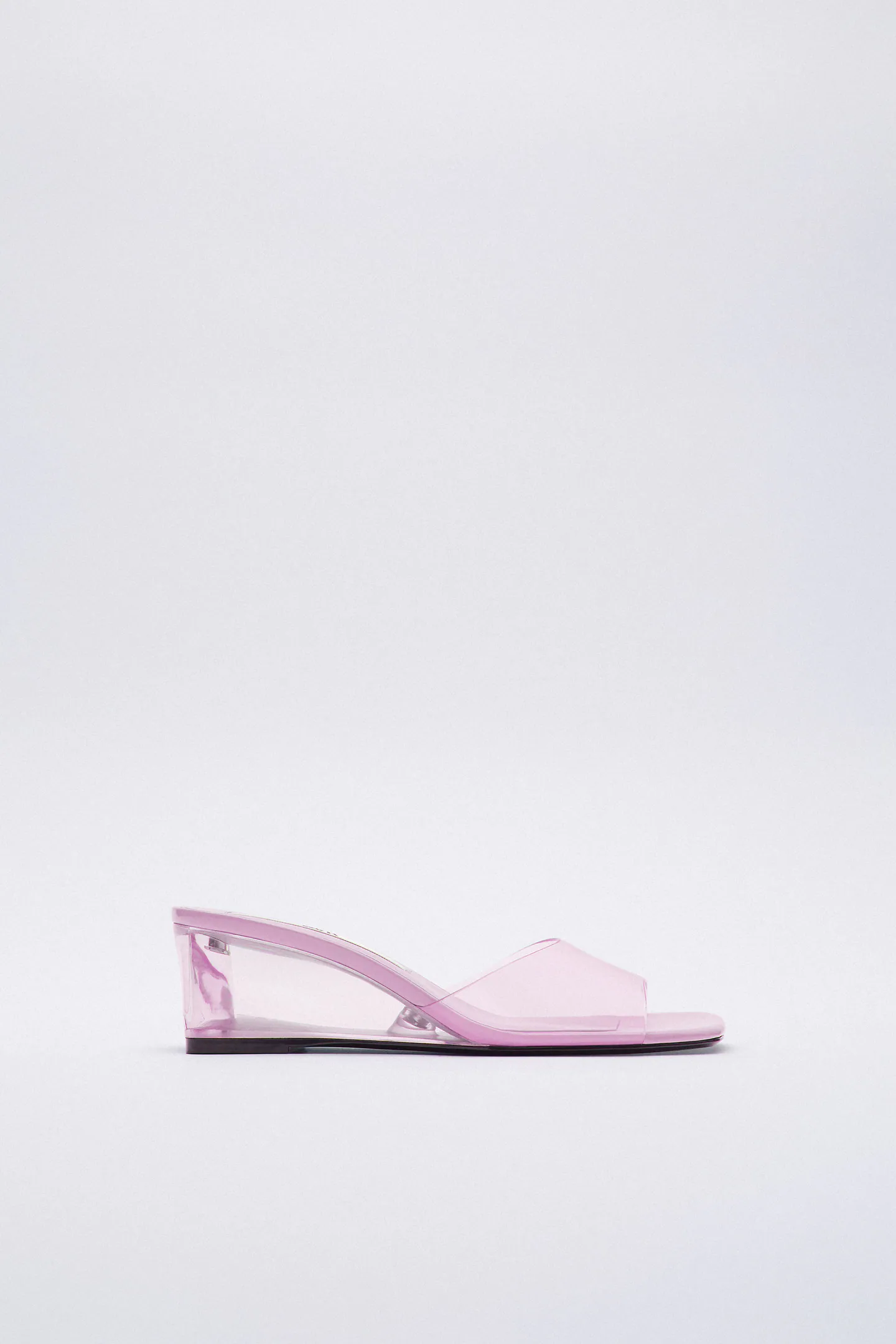 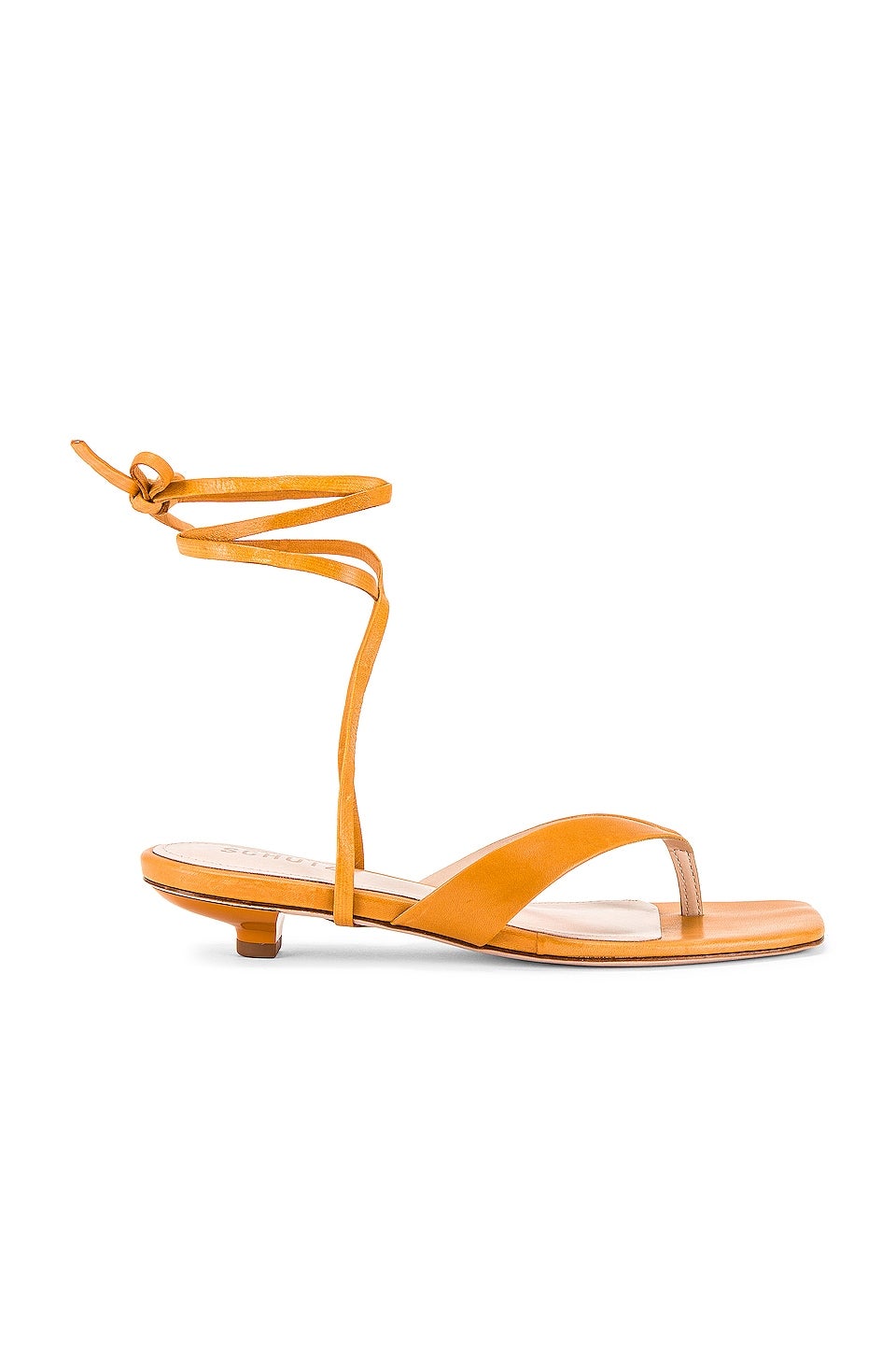 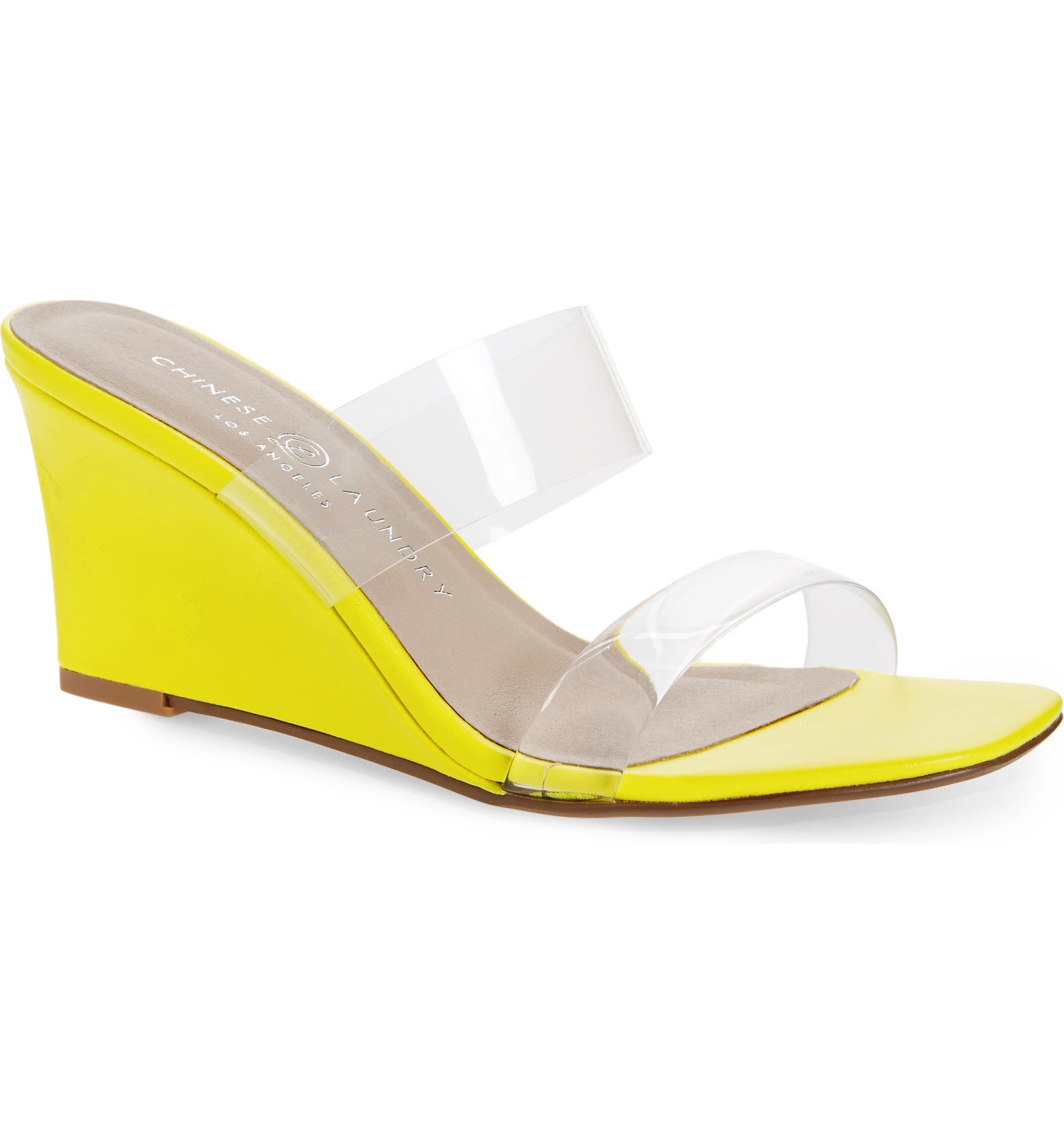 Chinese Laundry
Tann Wedge Slide Sandal
$69.95
Nordstrom
Style
Jill Biden’s Valentino Tote Featured Her Dogs Champ & Major On It
Last week, while boarding a plane in Colorado Springs, Dr. Jill Biden was photographed with a brown Valentino bag. As pointed out by CNN White House Corres
by Eliza Huber
Style
Kat Dennings’ Three-Stone Engagement Ring Is A Stunner
Love is in the air. In the last 10 days alone, three celebrities have announced their engagements, starting with Tallulah Willis last Tuesday, followed by
by Eliza Huber
Style
No One Played It Safe On This Year’s BRIT Awards Red Carpet
by Eliza Huber
Advertisement
Style
Naomi Osaka Wore A Wedding Dress From ASOS — & It’s Still Available
Last week, four-time Grand Slam singles winner Naomi Osaka took home yet another title, at the 2021 Laureus World Sports Awards where she was named Sportsw
by Eliza Huber
Style
Michelle Obama Knit Halter Tops For Malia and Sasha During Lockdown
For everyone who took up knitting during the pandemic, only to be mocked by their close ones — think: wisecracks about Meredith Grey celibacy knitting an
by Eliza Huber
Style
Sophie Turner’s Oversized Blazer-Heels Look Hits On Two Of ...
For her first Mother’s Day, Sophie Turner, who gave birth to her daughter Willa in July, celebrated on both Saturday and Sunday this weekend. On the eve
by Eliza Huber
Style
J.Lo Just Wore The Robe Version Of The Jungle Print Dress
On Mother’s Day, Jennifer Lopez reminded her daughter just how cool a mom she is by reinventing one of fashion’s most iconic outfits: the Versace j
by Eliza Huber
Style
Kate Middleton Rewore Her Engagement Blouse More Than A Decade Later
A week after the Duke and Duchess of Cambridge celebrated their 10-year anniversary with a handful of family activities — during which Kate Middleton mad
by Eliza Huber
Style
Ashley Graham’s Latest Look Is A Lesson In Gym-To-Lunch Sty...
After a year of exercising at home, we’re faced with a dilemma we haven’t dealt with in some time: what to wear post-workout when you don’t have time
by Eliza Huber
Style
Hollywood Reporter Names Law Roach 2021’s “Most Powerful” ...
The only person capable of outshining both Zendaya and Anya Taylor-Joy in the fashion department is the Image Architect behind their looks, Law Roach. And
by Eliza Huber
Style
Tallulah Willis’ Engagement Ring Proves That This Trend Isn...
On Tuesday, Tallulah Willis and Dillon Buss announced that they are getting hitched. Willis, the youngest daughter of Bruce Willis and Demi Moore and the f
by Eliza Huber
Style
Katie Holmes Wore A Knit Dress With Spring’s Biggest Shoe Trend
On Monday, Katie Holmes was spotted running (literally) through New York City while filming a scene for her upcoming movie, The Watergate Girl. While the o
by Eliza Huber
Advertisement
Advertisement
Discover
R29 Stories & News
Watch
R29 Original Series & Films
Shop
R29's Most Wanted