Skip navigation!
Story from Most Wanted
It's true — Cole Haan has been in the shoe friend zone for too long. We've associated the 100-year-old footwear company with support, comfort, and reliability instead of alluring sales, disarmingly chic styles, and an impassioned fanbase — that is, until now. After stumbling into its up-to-80%-off event, we unearthed not only a plethora of shockingly stylish shoes but also hundreds of reviews and near-unanimous 5-star ratings. So, we threw one of many attractive sale pairs (the block-heeled Josie Sandal) into a shopping roundup on-site and watched in awe as readers carted it up by the hundreds. On the heels of our realization that Cole Haan is, well, kind of a big deal, we polled fans for some IRL feedback on the brand. As it turns out, we were more than late to this shoe party.
Advertisement
Aside from its devoted online following, we found a number of vocal Haan-Heads among our very own ranks here at R29. Experiential Design Director, Monica Herman, got hooked on the classic footwear company as a 23-year-old working at a SoHo gallery: "One of the textile dealers we worked with was very chic and practical...she wore Cole Haan oxfords and I thought that was very cool.” Deputy Beauty Director, Rachel Krause, was drawn to Haan through her mother: “She's extolled the virtues of Cole Haan pretty much my entire life, which meant nothing to me when I was 16 and wanted to wear nothing but Docs. I wish I’d listened to her sooner.” Krause appreciates that “there’s no obvious branding, the quality is GREAT, especially for the price point, and the sales are even better.” And she's right, Cole Haan is replete with serious markdowns throughout the seasons — like the current up-to-80%-off summer blowout that first drew us to it. Taking these hot tips from our fellow R29ers along with rave reviews from its online fanbase, we created a guide to the brand's top ten bestselling styles. It’s clear that Cole Haan has been here all along, so it's time we take our friendship to the next level. Scroll on to get acquainted with what may possibly be your new dream shoe and join us among the ranks of Haan-Heads for life.

Advertisement
Looking for a street sneaker that costs a little less than the standard $400+ price tag of the minimal European brands? You’ve come to the right place. “I wanted a cute sneaker to wear with jeans and dresses. I don’t think I’m hip enough for the Golden Goose sneaks and also didn’t want to spend that much money,” wrote Erin H. “These are perfect! Super cute and very comfortable. I get a lot of compliments on them.”

R29's Video Editor, Rissa Papillion, relies on the ZEROGRAND Criss-Cross Sandals in a chic matte-black sheen — they’re a streamlined flatform with a grippy sole and just enough height to be sophisticated. Reader, let me tell you, we absolutely combed the internet for the aforementioned classic colorway and came up short — but a lovely late-summer metallic remains on deck for your buying pleasure. “Not the trendiest shoes,” Papillion admitted, “but they feel like Doc Martens for the workplace.”

Advertisement
Papillion also keeps the brand’s Pinch loafers in heavy rotation. “My mom considers them to be a fashion staple, and always has a pair of black and brown Cole Haan loafers in her closet.”

“I was researching comfortable/cute sneakers for my honeymoon, knowing I would be walking a lot and landed on Cole Haan sneakers, which have such good reviews,” said our Beauty Director, Cat Quinn. “Now, my GrandPro sneakers have been through Japan, Thailand, and Vietnam. I always travel in them.”
Cat Quinn in her Cole Haan GrandPrø Tennis Sneakers.

102 reviewers gave this perfect block-heeled sandal 4.8 stars. “I am buying two other colors,” wrote customer Bamidele A. “This is my 7th shoe from Cole Haan.” June L. confessed that the heels “are so comfortable — I honestly wore them walking around San Francisco the whole day. ADORABLE TOO!!” she added. “I like this sandal, but nowhere to go yet,” admitted Sabine A. “I’ll be ready when everything reopens.”
Advertisement

These searing pink sandals led customer Yvette T. to caution would-be purchases to “wear [their] sunglasses.” Don’t have to ask us twice! We’re jumping at the chance to wear high-wattage hues these days, and it sounds like we’re not alone. “All I can say is WOW,” said Robin M. “I ordered the hot pink and loved them.” She was one of 211 customers psyched on this style, helping it rack up a total of 4.7 stars.

R29's Beauty Director, Krause, claims that she “gets shin splints just thinking about putting on another pair of heeled boots, so I bought the Crosscourt sneakers and they quickly became a go-to. They’re comfortable enough to stroll around in for hours and go with everything from long dresses to ripped jeans.”
Advertisement
“My Cole Haan Crosscourt sneakers are my everything,” Money Diaries Associate Editor, Hannah Rimm, told us. “I’ve had them for years. They’re like a fancy version of Keds and they are very important to me.” Even better, she told us, “they’re a literal godsend for the office. I also don’t really like ‘women's’ shoes when it comes to formal wear, so I honestly also wear these to parties with a blazer and pants when I have to dress up. They’re comfy, but I also feel fancy when I wear them and they are ridiculously good quality.”
Hannah Rimm in her Cole Haan Crosscourt Sneakers.

This is a supremely comfortable shoe,” reviewer Claudia W. says of the Grand Ambition wedge, which racked up a total of 4.8 stars across 68 reviews. “I prefer all-leather shoes; they’re getting harder to find, but these come close. These wedge pumps are sleek, with a wide enough heel base that makes them sturdy, as well. The 2-inch heel is a perfect height, allowing the heel to rest comfortably without the foot sliding forward into the shoe. The cushioning in the insole extends the entire length of the shoe and is divine.”
Advertisement

“My #1 go-to style is the Avani City Sandal,” said Monica Herman, R29's Design Director. “I love heels, but I don’t wear them because I can't stand the discomfort. But I wear these. And I can wear them all day. Like, morning to night, taking the subway, the whole thing. I think I have four pairs.”

“I also get a pair of ZeroGrand sandals every two years and wear them as my day-to-day sandal until they fall apart,” devoted Haan-Head Herman added. “They’re absolute gold.”
shop 10 products 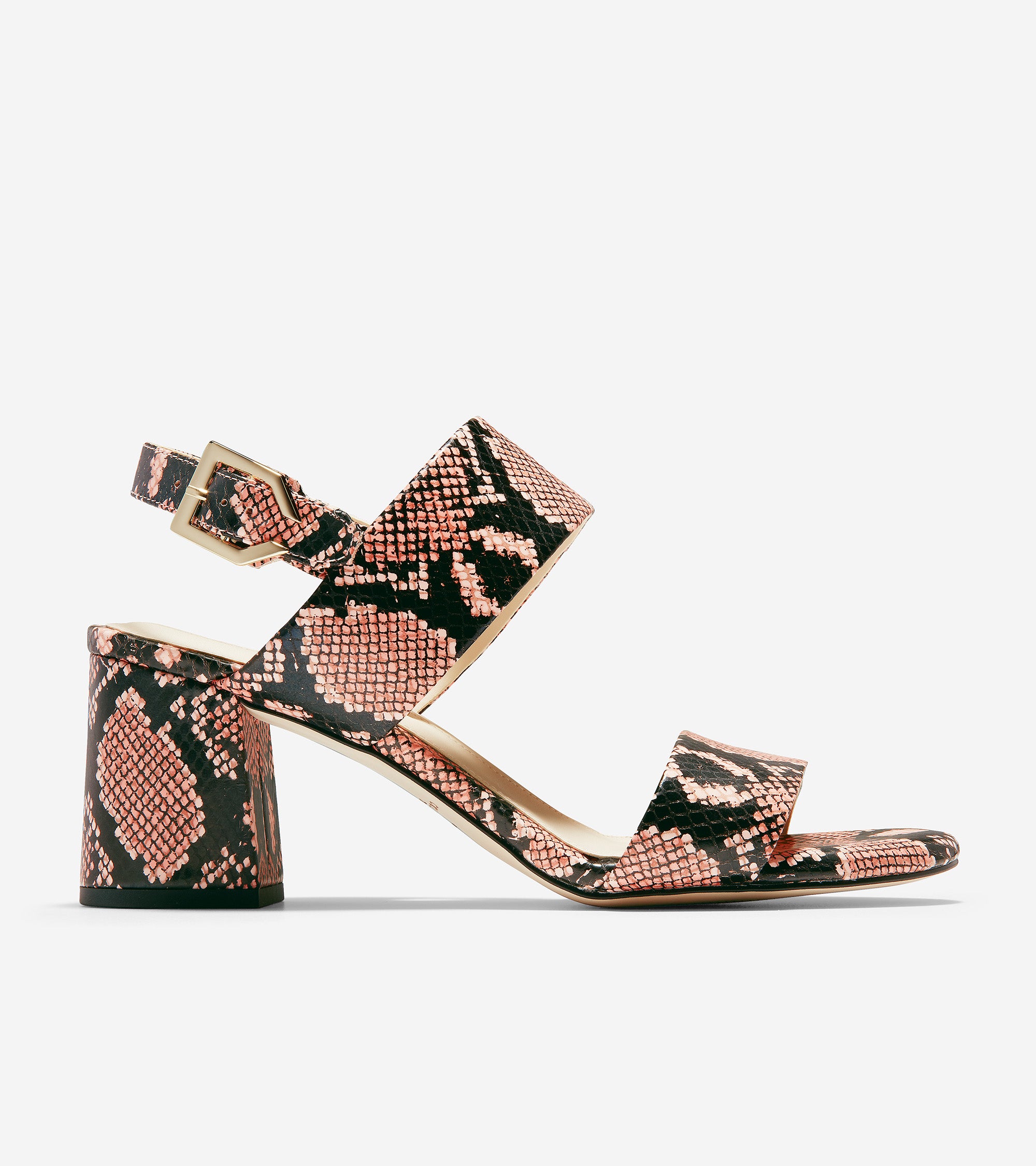 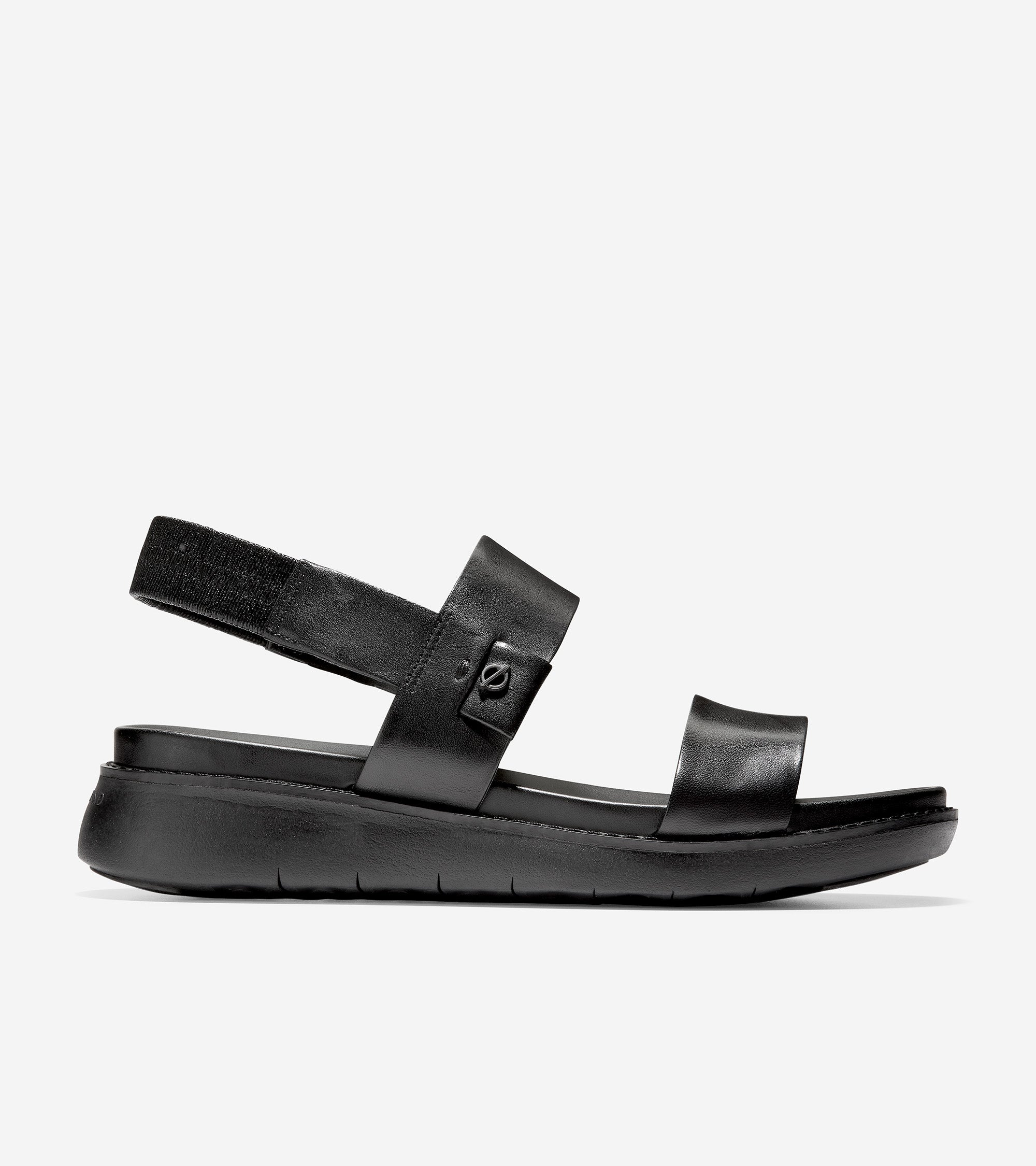 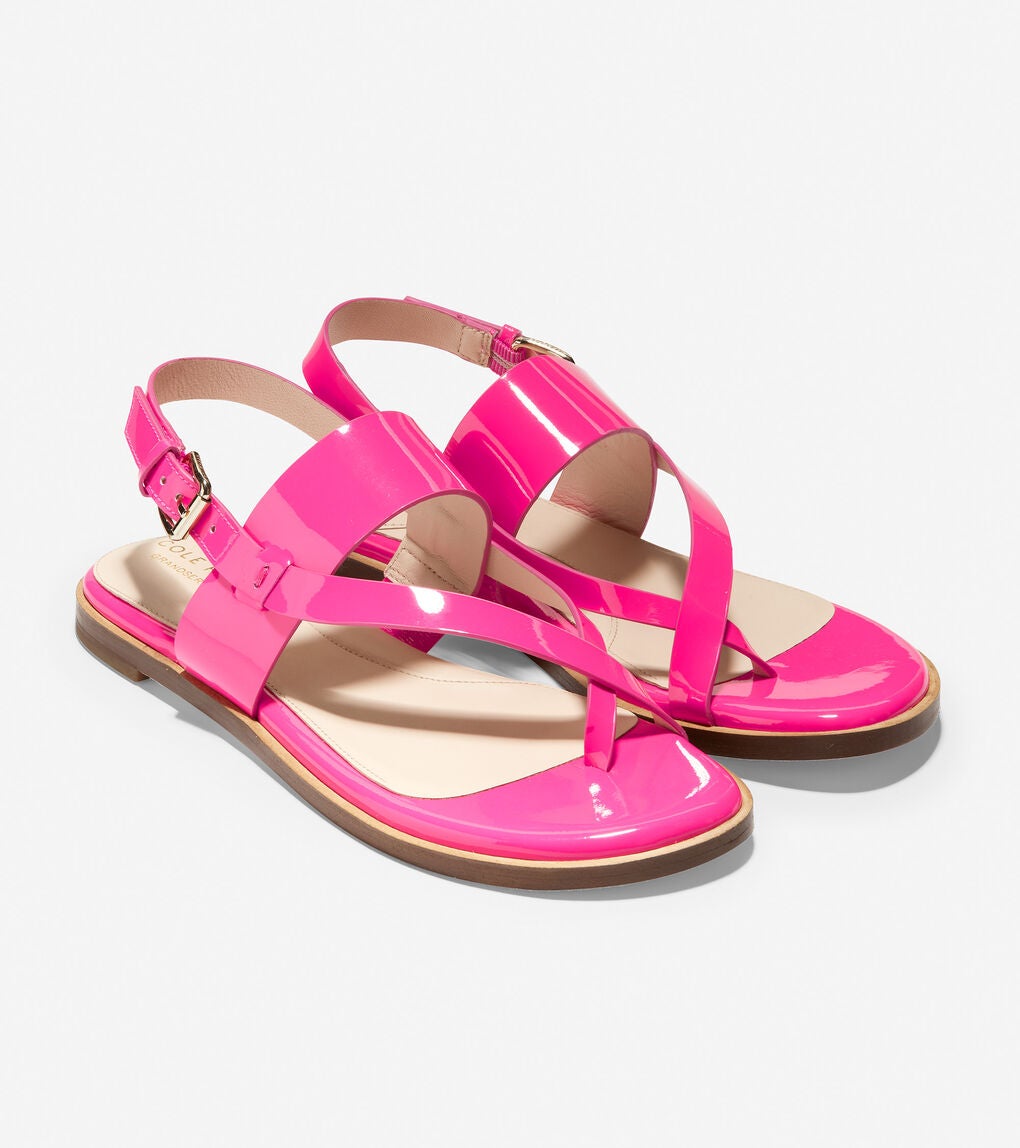 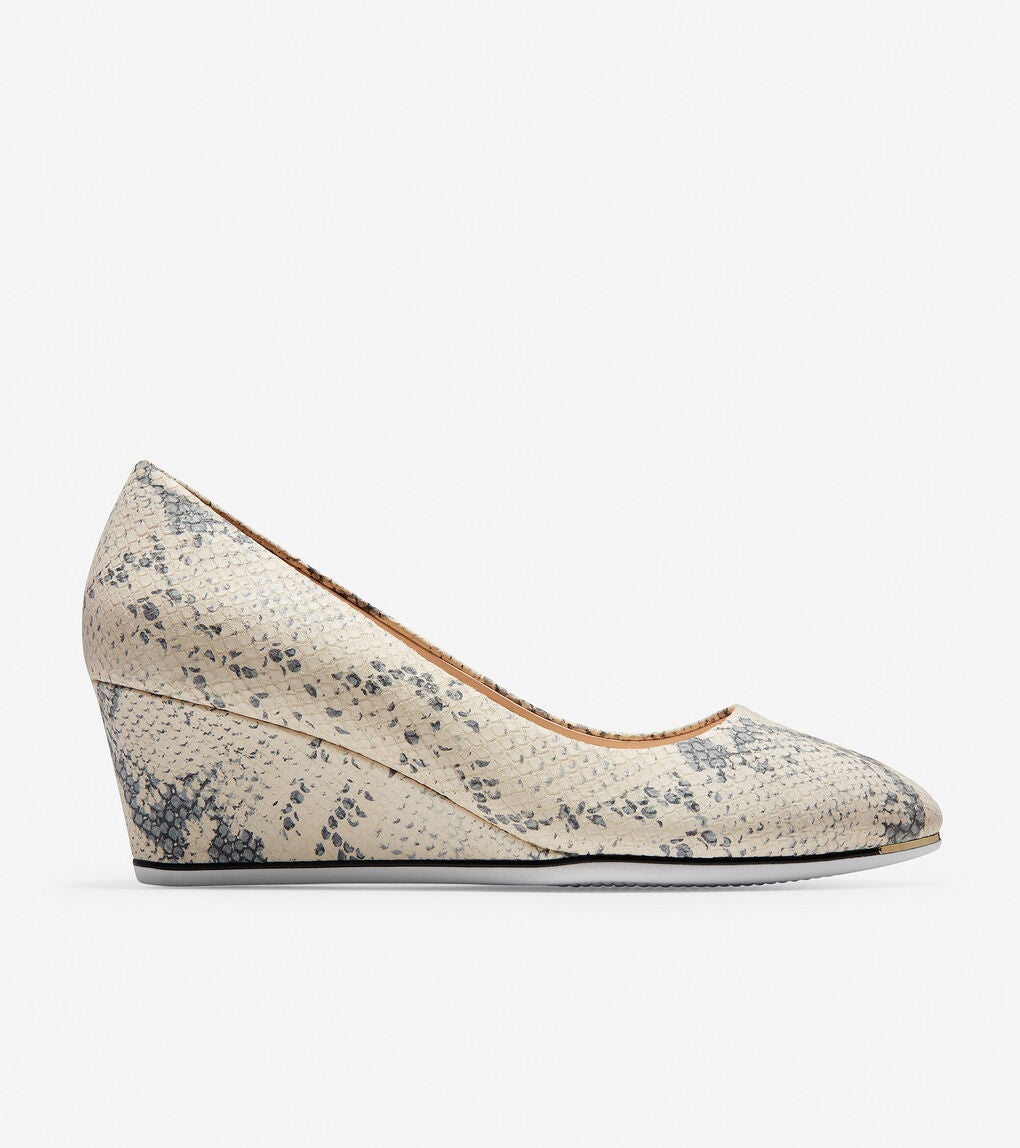 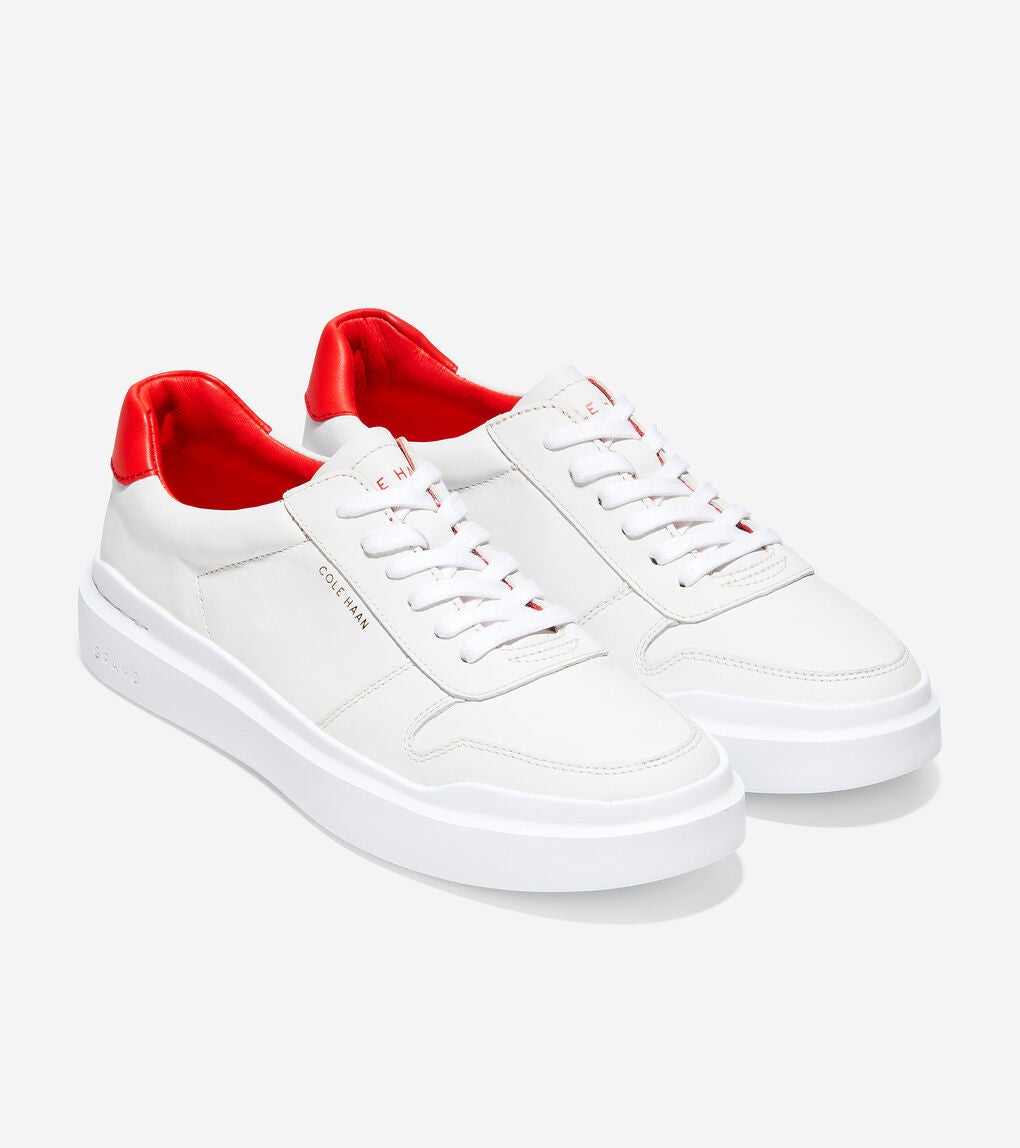 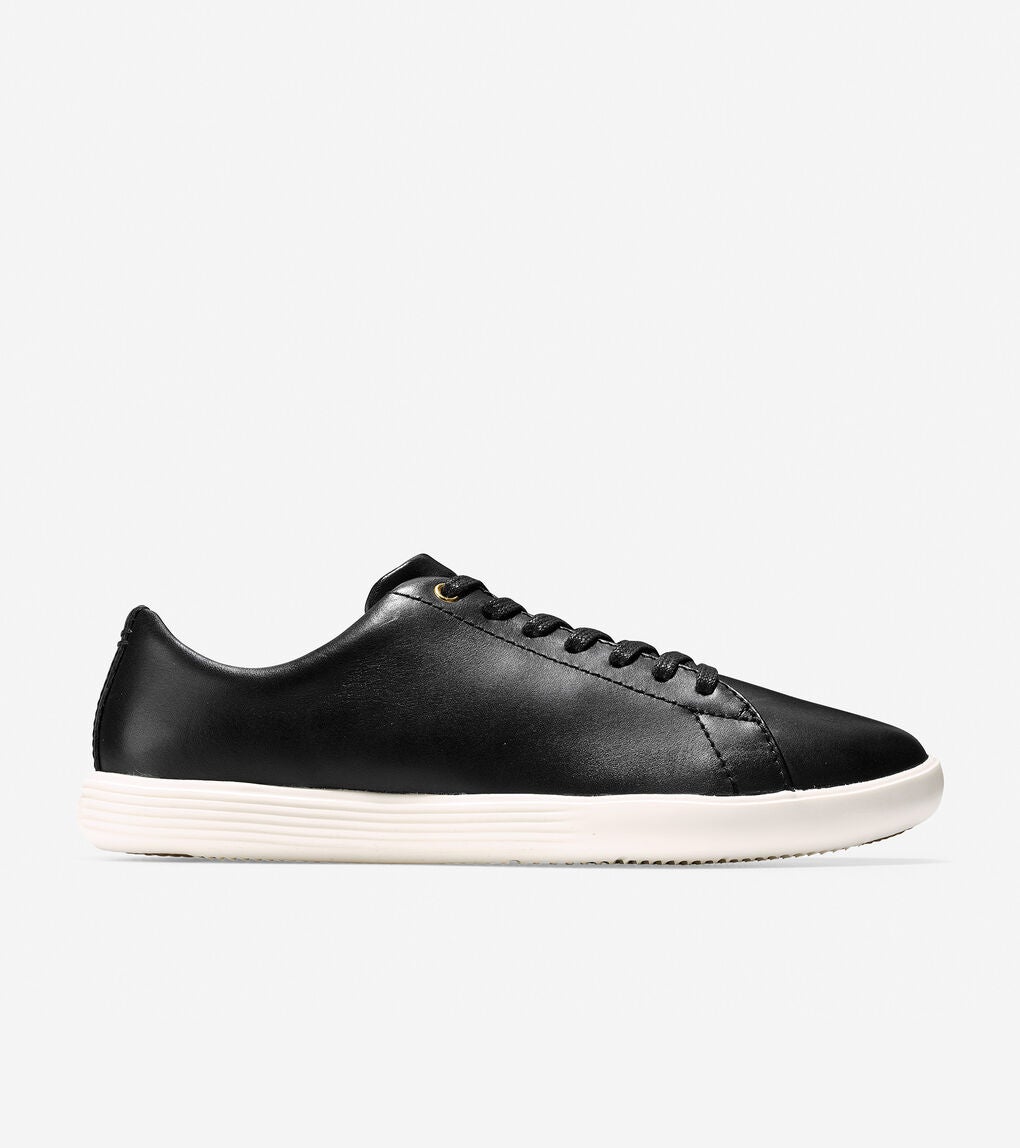 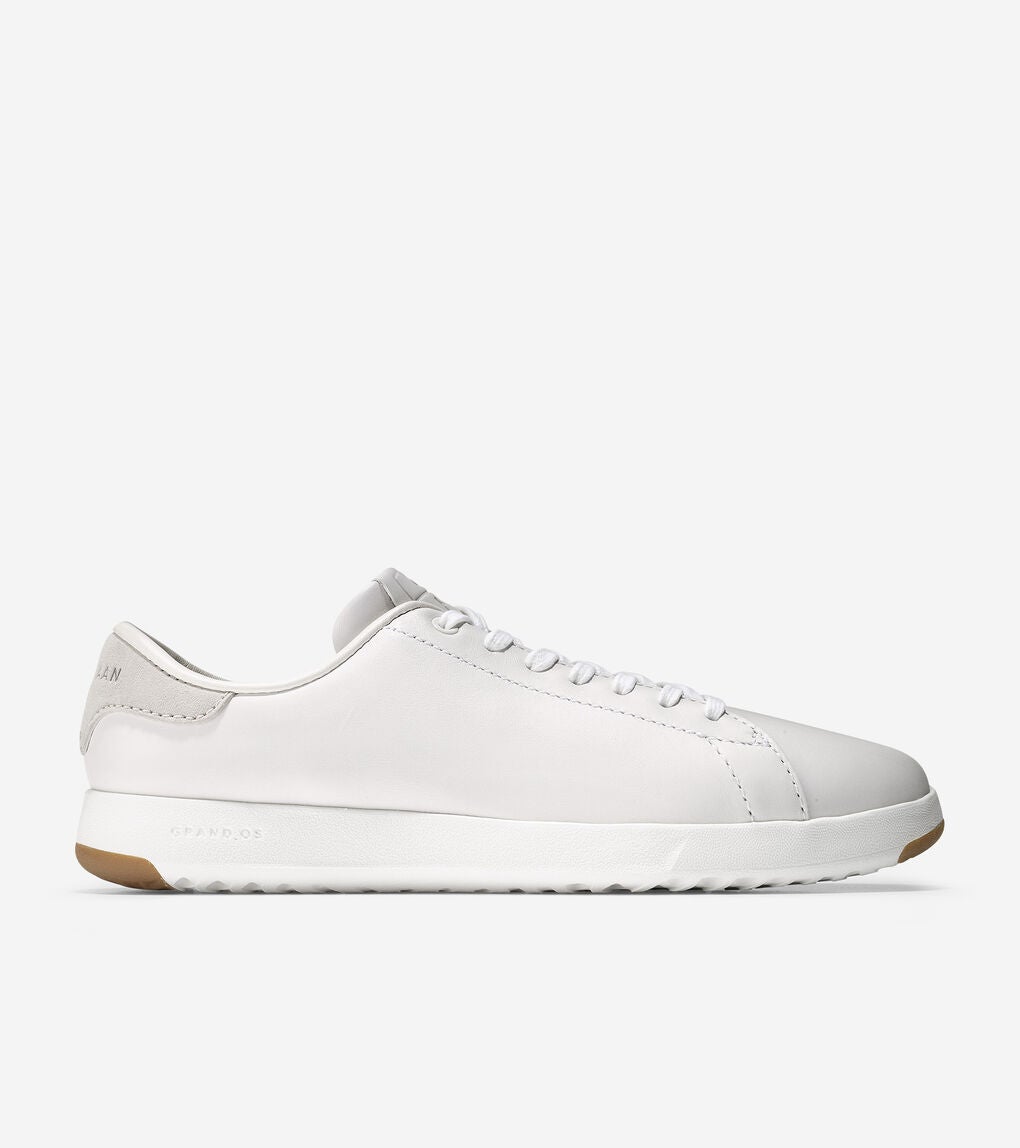 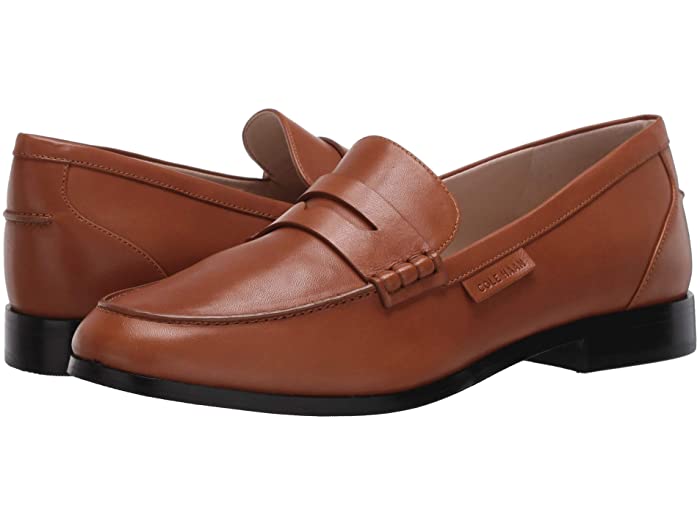 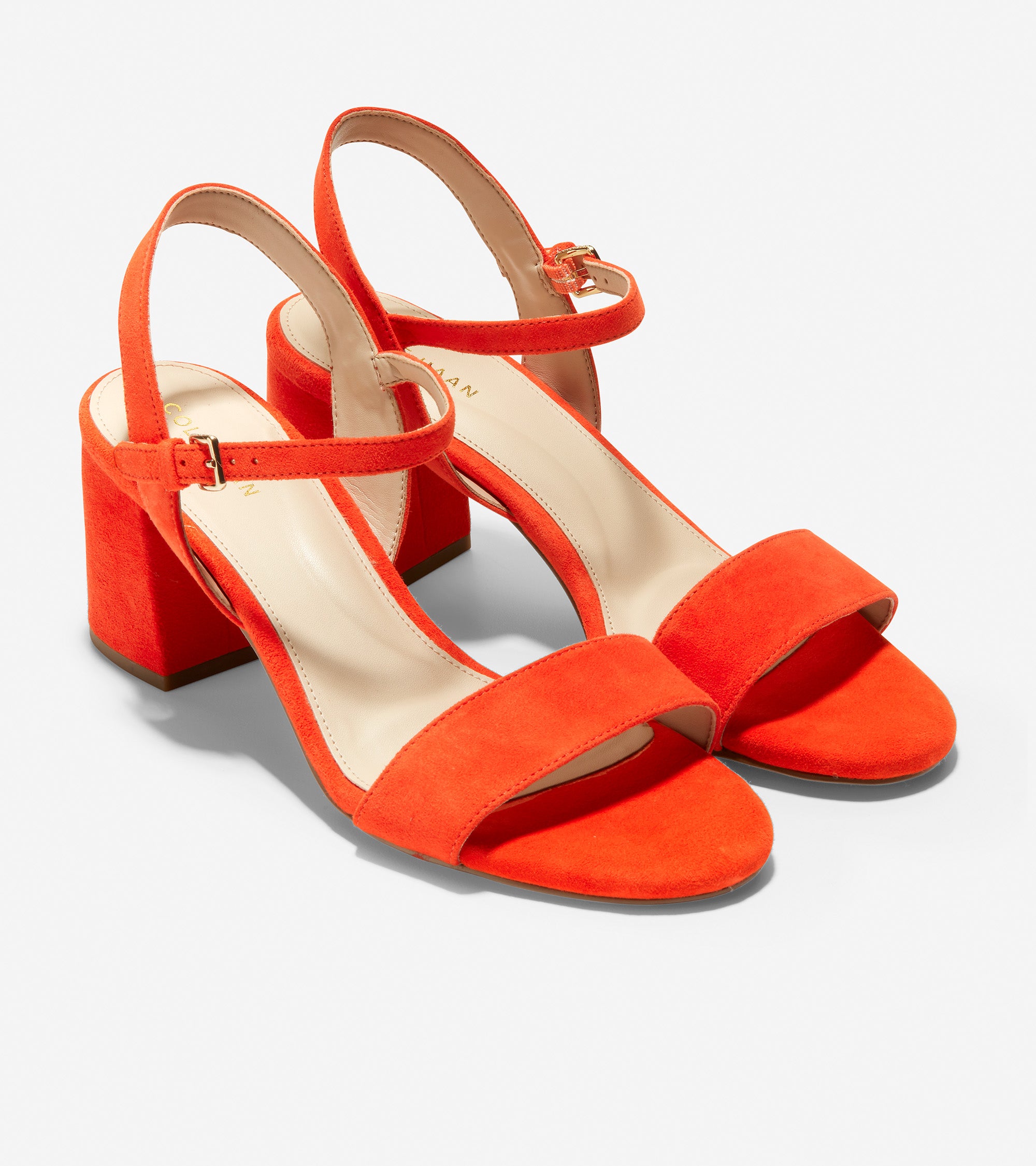 Cole Haan
Josie Block Heel Sandal
$150.00$30.00
At Refinery29, we’re here to help you navigate this overwhelming world of stuff. All of our market picks are independently selected and curated by the editorial team. If you buy something we link to on our site, Refinery29 may earn commission.
Fashion
Savage X Fenty’s Valentine’s Day Collection Comes With A “C...
by Eliza Huber
Most Wanted
Shhh, Madewell’s Secret Stock Sale Has New Styles Up...
by Ray Lowe
Guide To Wearing Leggings
Aerie’s Viral Crossover Leggings Are Back In Stock Again (But Not...
by Emily Ruane
Shopping
I Am Obsessed With This Sold-Out Balaclava…For Dogs
by Morgan Baila
Workout Clothes
Walmart Just Launched A New Activewear Line With This Legendary R...
When World Rugby Hall of Fame member Phaidra Knight was growing up in rural Georgia, she recalls, “girls just weren’t allowed to play football.”
by Emily Ruane
Most Wanted
18 Amazon Valentine’s Day Gifts They’ll Swoon Over
by Karina Hoshikawa
Shopping
You’ll Never Need To Spend Over $200 For Boots Again
by Ray Lowe
Fashion
5 Coat Trends Taking Over Instagram This Winter
by Irina Grechko
Amazon
“Priceless,” “Booty-Loving,” “Great With Chili”, & More: Amazon’s...
by Emily Ruane
Coronavirus
43 Fashion-Forward Face Masks To Express Your Personal Style
by Amanda Randone
Shopping
28 Matching Sweatsuits For Living Your Best Stay-At-Home Life
Here are stylish sweatsuit sets so comfy you won’t want to change out of them.
by Truc Nguyen
Style
This Is The 2021 Way To Do Go-Go Boots
by Eliza Huber
Discover
R29 Stories & News
Watch
R29 Original Series & Films
Shop
R29's Most Wanted